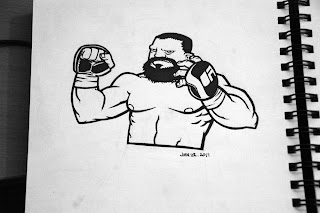 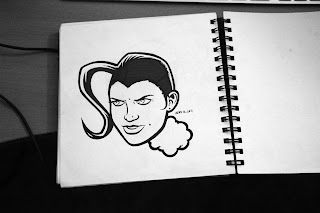 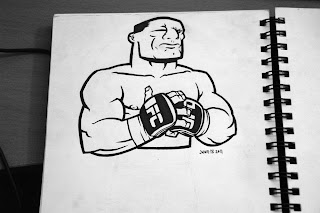 heres some old shit from when i was on the plane
flying to interviews around the states.
i thought i had some decent line quality,
but on close inspection,
i could see the shake form the plane in those lines.

anyways,
things are going steady.
im getting a little bit of video editing done every night.
im realizing that it is hard as fuck,
unless u have a clear vision before you start.

now to get some drawing done...
hmmm,
how to fit it into a 3hour window at night?
time to get even more efficient.

on some other random news,
today i weighed myself...
and i hit the 22 pound mark!
(of the original goal of 30 pounds)
this is a 2 part attack.
first 30, then another 30.
slowly cutting the crap out of my life,
and gaining steam.
HARD WORK!
(is now the mantra, and i love it)

currently reading:
j-zone: root for the villain - rap, bullshit, and a celebration of failure