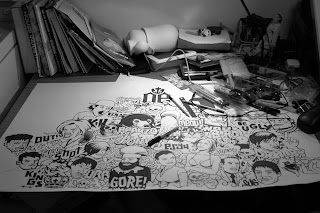 havent been updating as much as id like.
most of it is uploading photos off my camera to the computer,
and how i update.
im still trying to figure out a new routine
in order to update more often.

anyways,
lately ive been dreading fireworks this year...
and the mayhem that is coming to the west end.
there will be pics to accompany this....
hopefully i can show some of the madness that goes down.
so many people,....so many douchebags.
bleh.


currently watching:
obsessed (a&e) - dopest show out there right now....daaaamn!
intervention (a&e) - been watching a&e lately can you tell?
hell's kitchen (fox) - i shouldnt be watching this,
but i love watching people doin dumb ish and gettin yelled at.
Posted by Sug The Thug at 9:00 PM